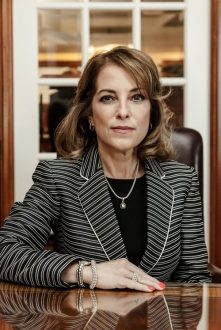 A graduate of Hobart & William Smith Colleges and Suffolk University Law School, Attorney Wendy Beth Kahn has focused her legal career over the past 30 years  representing victims of medical negligence.

Attorney Kahn’s passion for advocacy and commitment to excellence have garnered her distinction as a zealous advocate for her clients.  A well-respected member of the bar, Attorney Kahn has been instrumental in obtaining record setting verdicts, settlements and legal precedent in the fields of medical malpractice, nursing home negligence, the emerging field of surrogacy, and other personal injury cases over the course of her career.

Attorney Kahn’s advocacy skills were recognized and acknowledged early on in her legal career.  As a law student, the American Bar Association bestowed upon her the honor of Best Oral Advocate for National Appellate Advocacy.  Attorney Kahn was later honored in 2001 as one of the top twelve attorneys in the Commonwealth of Massachusetts obtaining, over a two year period, jury verdicts and settlements in personal injury cases in excess of $2 Million Dollars.

Ms. Kahn was instrumental in achieving a $3.85 Million Dollar Settlement under recently enacted medical malpractice legislation referred to as the “Disclosure, Apology and Offer” statute.  This settlement was the first of its kind under the new statute in an amount exceeding $3 Million Dollars.

In addition to her legal career, Attorney Kahn has been an active and dedicated member of her community serving as an appointment member of advisory, volunteer and fundraising committees responsible for the implementation of improvements in public education and as a  volunteer for the MSPCA Nevins Farm Equine Program.

Attorney Kahn is licensed and admitted to practice in Massachusetts, New York, Washington, D.C. and the United States District Court.