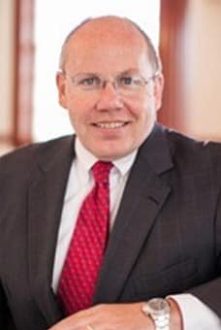 Ted Cranney has been a member of the Massachusetts Bar since 1988. Over that time, he has been involved in hundreds of trials in both the criminal and civil sessions of the Commonwealth.
Ted grew up the youngest of eight children in Peabody, Massachusetts. He graduated from St. John’s Preparatory High School in Danvers before studying at Clark University in Worcester, Massachusetts. At Clark, he was a member of the Varsity Men’s Ice Hockey Team from 1979-1981.
After college, he began working in the Office of the District Attorney for the Eastern District in Massachusetts as an investigator. His responsibilities as an investigator included tracking down and arresting defendants in warrant status both within and outside of the Commonwealth.
In 1984, while working in the District Attorney’s Office he entered New England School of Law, where he graduated in 1988. During law school, Ted continued working in the District Attorney’s office and was sworn in as an Assistant District Attorney upon graduation.
His first assignment was in the Lawrence District Court, where he was a line prosecutor with trial responsibilities involving both concurrent jurisdiction felony prosecutions as well as misdemeanors. At the time, this was one of the busiest District Courts in Massachusetts.
In 1989, after approximately 18 months in the office, he was promoted to supervise the trial team of eight attorneys in the Lawrence District Court, including both the bench and jury trial teams.
In 1990, Ted took his trial skills to the Superior Court trial team in Essex County, Massachusetts where he became responsible for prosecuting complex major felonies; a position he held until his retirement from state service in 2003. He has successfully tried to conviction, multiple homicides and rape cases; as well as other life felony offenses. It was during his experience in the District Attorney’s Office that Ted developed his dogged approach to trial preparation.
In addition to being responsible for his trial caseload, in 1994 Ted was tapped by District Attorney Kevin Burke to take on the added responsibility as Director of Training in his office. That required him to work with other Assistant District Attorneys in an effort to develop their trial techniques and skills.
Since leaving the District Attorney’s office in 2003, Ted Cranney has worked in the private sector representing clients in both the criminal and civil arena. He has used his trial experience to secure favorable judgments for clients.